Sometimes I get the question; what do you work with.? as in .. which computers.. and to provide an answer: This “oh look at my hardware” post.. or more like “the hardware pissing contest equivalent” on many of the blogs..

In short, I don’t like to buy brand new stuff.. its expensive, it looses value like a sportscar taken from the showroom and usually I don’t need/use all the fancy stuff.. and perhaps that is why Azure (or cloud in general) becomes attractive.. you can run quick demo labs, PoC’s etc without buying equipment for at home. So most of my VM’s run on Azure… but I also have some computers at home.. such as

a few laptops (MacBook Pro from 2011, Surface Pro 3 and [work provided] Lenovo X1 Carbon Gen3). But while these are awesome on the couch or on the road the main work is done on my home computer.. which I can only describe as “the beast”…

A computer from 2009 you say; “isn’t that like really slow?” – In theory yes, but its the absolute best machine and here is why:

How fast is it? – To give you an idea: This 12 core beast installs Windows Server 2016 in Hyper-V in 1 minute 30 seconds from scratch. So its fast enough for me to deploy many VM’s…

And the noise? – the best part of it all.. its really quiet…

What if you want this too? – Well there is a separate Facebook group that you can join and ask for advice on how to do this..

A new piece of equipment I recently acquired is an (old) Dell PowerEdge T710. A tower that is based on the same CPU chipset as the MacPro. The processors are X55xx or X56xx and the RAM is also DDR3. So a perfect candidate as I can swap the procs and exchange memory. In fact my server came with 2x 4 cores, which were soon updated with the old CPU’s of my Mac Pro (x5650). So the Dell now has 12 cores too. There is only 1 problem with the Dell.. it sounds like a jet engine. And even with the A/C on, the Dell seems to be challenged to be the loudest thing in the house. So why buy it… ? The reason for getting this T710 is Azure Stack.. you can run the Azure Stack Development Kit at home, but only if you have a powerful server. ASDK needs at least 96GB of RAM, 12 cores and 5 drives. While I could theoretically get my Mac Pro up to 128GB memory, the idea of messing with my regular workstation was not appealing. The T710 also has the advantage of 18 DIMM slots, so with 128GB in 8 slots (8x*16) I still have room to add even more memory in the future. 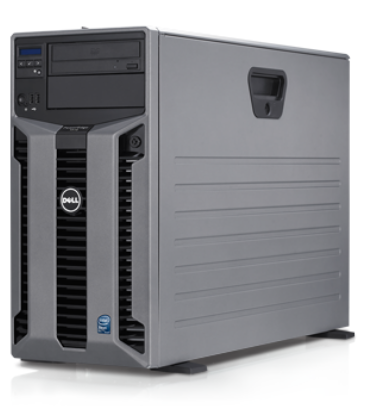 So I’m still building it up to the final specs, but the goal is:

So – I chose the Mac Pro as it does not make any noise – and am stuck now with a Dell that absolutely wants to make noise. And thus, we end up with a new project. Silencing the Dell. In order to do so, we need to look at the characteristics of the machine and where the noise comes from. 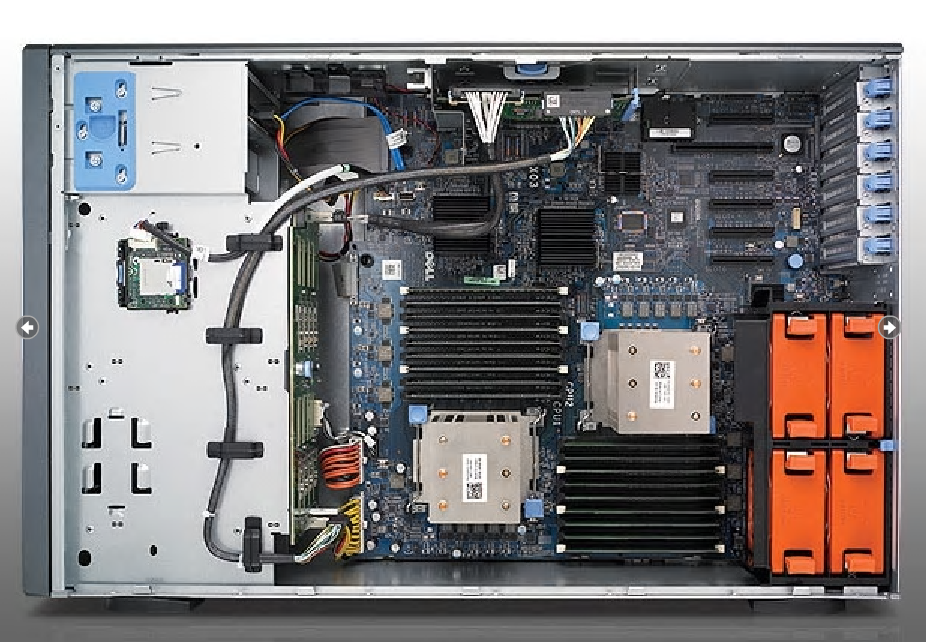 These fans have 4 wires-  Ground, 12V+, RPM and PWM. While in normal fans the positive (5-12V) is regulated to control the speed, with PWM fans the speed is controlled by the PWM wire. The RPM wire is to read the actual rotation speed and the 12+ is always set to 12V+.

So what is the idea?

I’ve ordered 4 Artic F9 fans which people tell me are really quiet to replace the noisy fans in the machine. But replacing the Fans 1:1 and hoping for the best is not going to work as someone has already tried . In short, the F9’s run slower than the minimum 1080RPM which triggers the T710 to go bezerk and run everything at full power as it senses a fan failure. So instead of using the built-in BMC (management controller) to control the fans through the PWM wire; I ordered a separate fan controller. It allows me to manually adjust the minimum RPM speed and actually uses separate temperature sensors to spin up the fans if it gets too hot inside the server. 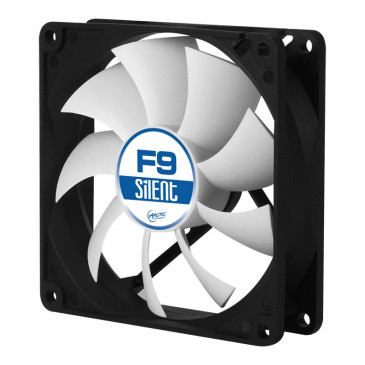 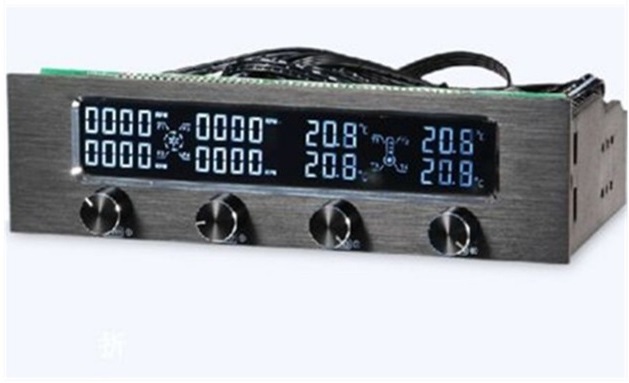 In order to allow the BMC to think there is still a fan connected, I will splice the RPM wire and connect it to both the new controller as well as the mainboard BMC connector. Setting the fan to a minimum of 1080 should keep the Dell quiet…

I tried to implement the F9 silent versions, but they seem to not exceed the 1000rpm and thus the BMC controller goes crazy. As such, I ordered the F9 regular fans that have an upper speed limit of 1800rpm. The splicing was easier than expected, the green outer wire of the fan needs to be spliced and soldered on the yellow wire on the Dell fan frame. As you might be able to see, I did not order the PWM version of the fans. The RPM signal (which we want to splice) is the same for PWM and non PWM fans, and given the new controller is also available (and cheaper) in non-PWM version.. why not go for the easy option..

And just for the sake of it, I ensured that I also isolated the red wire too (to prevent any shortcuts) 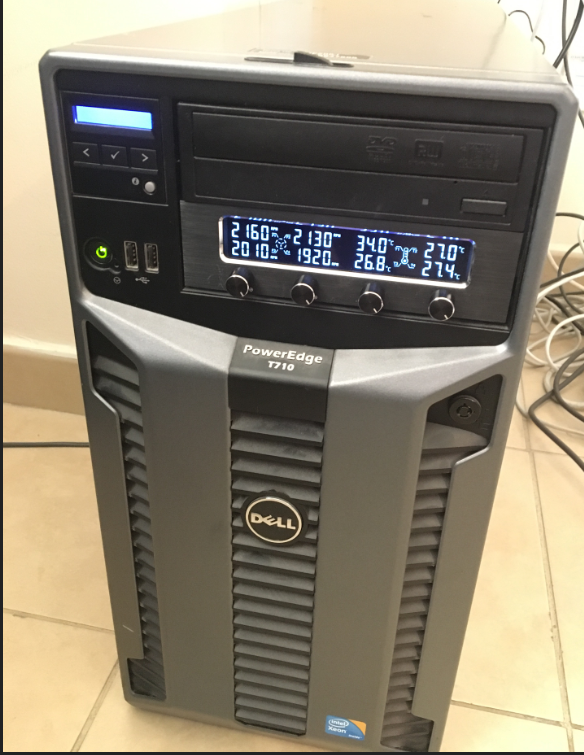 And now.. the server is much more quiet, even when the fans run at full speed..