In my previous post I mentioned the way to create a USB/ISO for booting / installing the ASDK system. Now I’ve automated the creation of the ISO image (so you don’t have to) and with Microsoft buying GitHub, I also pushed all the code onto GitHub as well.  In there you will find the following scripts:

[update 7/10/2019] the CreateASDKDeployment.ps1 script (also available on the repo) allows you to also create bootable USB drives. Just add -USBDrive <letter>: and the script will create a bootable drive for you to use. In case you want multiple drives created, just add the -reuse $true parameter. 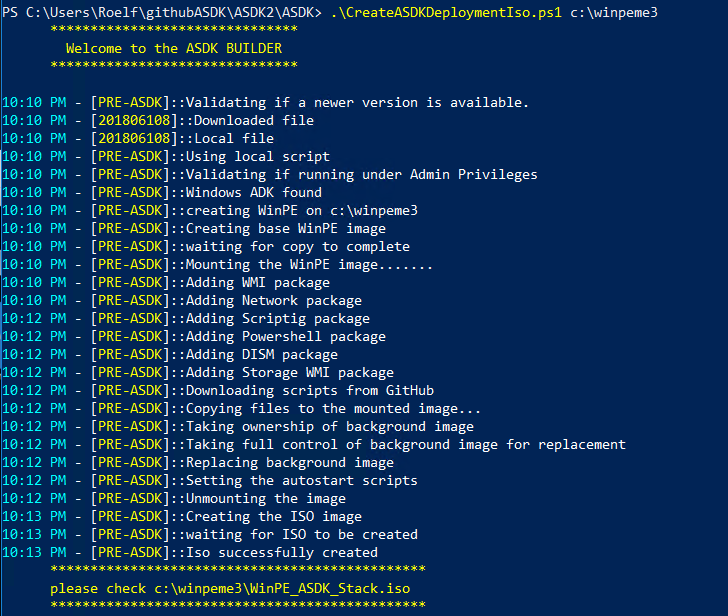